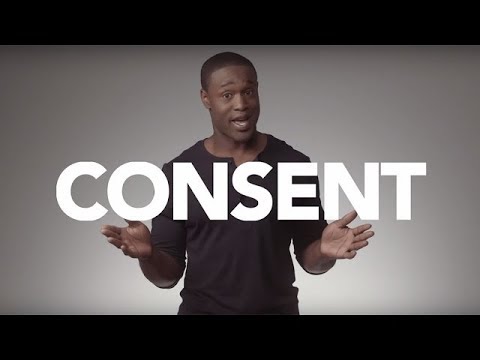 How Do You Know if Someone Wants to Have Sex with You? | Planned Parenthood Video

Consent means actively agreeing to be sexual with someone. Consent lets someone know that sex is wanted. Sexual activity without consent is rape or sexual assault.

Sexual consent is an agreement to participate in a sexual activity. Before being sexual with someone, you need to know if they want to be sexual with you too. It’s also important to be honest with your partner about what you want and don’t want.

Consenting and asking for consent are all about setting your personal boundaries and respecting those of your partner — and checking in if things aren’t clear. Both people must agree to sex — every single time — for it to be consensual.

Consent is easy as FRIES:

You get the final say over what happens with your body. It doesn’t matter if you’ve hooked up before or even if you said yes earlier and then changed your mind. You’re allowed to say “stop” at any time, and your partner needs to respect that.

Consent is never implied by things like your past behavior, what you wear, or where you go. Sexual consent is always clearly communicated — there should be no question or mystery. Silence is not consent. And it’s not just important the first time you’re with someone. Couples who’ve had sex before or even ones who’ve been together for a long time also need to consent before sex — every time.

There are laws about who can consent and who can’t. People who are drunk, high, or passed out can’t consent to sex. There are also laws to protect minors (people under the age of 18) from being pressured into sex with someone much older than them.

The age of sexual consent is how old a person needs to be in order to be considered legally capable of consenting to sex. Adults who have sex with someone younger than the age of consent face jail time and being registered as a sex offender. The age of consent varies in different parts of the U.S. and in different countries. There may also be other laws that define the age of sexual consent by state. Learn more about the laws in your area at the Rape, Abuse, & Incest National Network (RAINN).

Anyone can be a victim — no matter their gender, sexual orientation, or age. But certain groups of people are more likely than others to experience sexual assault in their lives. Women (especially women of color), LGBT identified people, and people with developmental disabilities are more likely to experience sexual assault over the course of their lifetimes.

Sexual violence doesn’t happen in one single way. There doesn’t need to be a weapon involved and the victim doesn’t need to have fought back, screamed, or said “no” repeatedly in order for it to count as rape or sexual assault. Most sexual assaults don’t happen by strangers in dark alleyways. Often, it’s someone the victim knows or even a romantic partner. If you or someone you know has experienced this type of violence, you’re not alone, and help is available.

Planned Parenthood needs you - give now.

Make your tax-deductible gift today so we can continue to protect and provide care, no matter what.