When it comes to gender, ideas about what it means to be a girl or a boy are everywhere, and these ideas have a big influence on your preschooler. Learn how to teach your kid that their gender doesn’t limit them, how to talk about different kinds of families, how to know if your kid is transgender, and more. 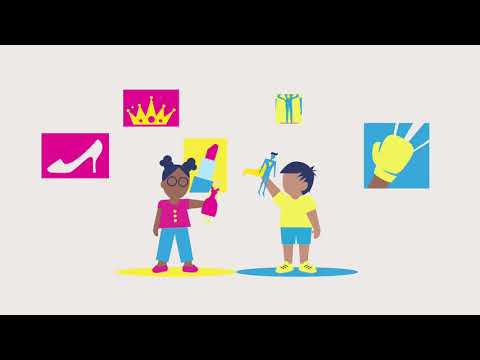 How To Teach Your Kids About Gender | Planned Parenthood Video

What should I keep in mind?

Your little one is picking up messages about gender from the day they’re born. In so many ways, society tells us how girls and boys are supposed to look, speak, dress, and act. In their attempt to sort out the world around them, your preschooler may form rigid ideas about gender and what it means for them. Most kids begin to identify strongly with a gender around age 3. That includes transgender and gender nonconforming people, who also have a sense of their gender identity at this stage.

Think through your values when it comes to gender while your kid is still small. People have different beliefs when it comes to gender roles, gender stereotypes, and gender expression. If you think about these things ahead of time and consider what messages you want to send to your child, you’ll be better at talking about them. Maybe you want your child to feel free to express themselves however they want. Maybe you want them to feel they can accomplish anything, no matter what their gender. Maybe you want them to grow up to appreciate the contributions people of all genders make in their lives and in the world. Understanding your own values will help you focus your thoughts and express them better.

Be thoughtful about your choices when it comes to books, toys, entertainment, clothes, decorations, and other things you surround your little one with. These choices have an influence on your kid’s understanding of gender and what it means. Putting daughters in pink princess rooms and boys in blue sports rooms before they’re old enough to choose for themselves can send the message that they have to like certain things because of their gender.

How do I talk about different types of families?

Little kids notice, and sometimes comment on, everything. Your kid may notice another kid on the playground or in their preschool who has a different kind of family than them — a family with a different number of parents, or with grandparents raising kids, or with two moms or two dads, or any number of other situations.

These observations are good teachable moments. Take a minute and explain to your kid that they’re right — what they’re noticing is different from your family — but that there’s nothing wrong with it, and that we can always be friends with people who are different from us. You’ll be steering your kid in the direction of respecting others as they grow up. It will also one day help them figure out the kind of family they want to build for themselves.

How do I talk about gender roles and stereotypes?

Little kids get ideas about what it means to be a girl or boy from the people around them — the way they act, dress, wear their hair, talk, and behave.

They’re also influenced by the boxes that society puts them into from the time they’re born, based on gender stereotypes. Think: footballs, trucks, and superheroes for boys, dolls, princesses, and pink for girls.

You can expand those narrow gender boxes to include a range of other influences. When you pick a new toy or book, or sign your kid up for a new activity, ask yourself these questions to help you think through whether or not you’re reinforcing gender stereotypes.

Give them choices as much as possible, and pay attention to what they’re really into, rather than what you think girls or boys are supposed to like. Keep in mind that gender stereotypes have the potential to affect and limit boys just as much as girls.

Be mindful of how you talk around your kid, too. Talking to (or in front of) your daughter about growing up and having boyfriends or marrying a man (and vice versa) sends the message that girls are supposed to like boys, and boys are supposed to like girls, and that anything else is wrong or not normal. While kids this young don’t know their sexual orientation yet, assuming they’re straight could make them scared to come to you or feel bad about themselves later. This can lead to mental health issues, unhealthy relationships, and taking more health risks when they reach their teenage years.

If you catch your kid talking about gender, engage them in conversation. You may hear them making observations, like, “Only girls wear pink,” or telling you a preference like, “I don’t like playing with boys.” Ask them questions about why they think that. If what they’re saying is rooted in stereotypes, give them the right information.

If you’re trying hard to fight gender stereotypes in your home, but your kid really just likes the typical stuff, don’t worry. At this age, lots of little girls love princess stuff and lots of little boys like action superheroes and sports. It’s part of them forming their gender identity, and it’s OK. As your kid gets older, their tastes and interests may change, and they may be more ready for new stories, toys, and activities.

How do I know if my child is transgender or gender nonconforming? 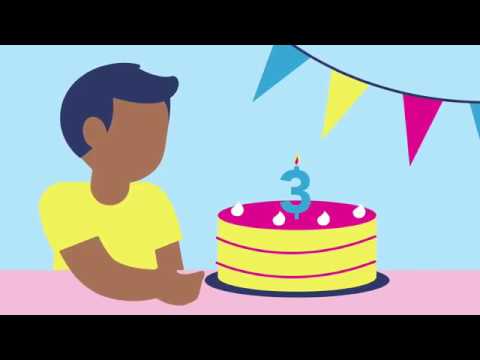 How To Know If Your Kid Is Transgender | Planned Parenthood Video

Transgender means you identify with a different gender from the one you were assigned at birth. Gender nonconforming means your gender identity or expression doesn’t go along with traditional ideas of just male or female — it could mean you identify with words like non-binary, genderqueer, or something else. Some adults use words like “gender expansive” or “gender creative” to describe children with non-binary gender expressions. While we don’t know for sure how many people are transgender, recent research shows that about 1% of people in the U.S. identify as transgender, more than 1.5 million people. Read more about gender identity.

So how do you know if your kid is trying to tell you that they’re transgender or gender nonconforming, rather than just playing around?

Experts say that transgender kids tell you what their gender identity is in a way that’s very definitive. Trans and gender nonconforming kids are:

So just because your little girl likes Bob the Builder better than Elsa from Frozen, or your little boy wants to wear a pink Dora the Explorer backpack, that doesn’t necessarily mean they’re transgender (and it doesn’t mean they’re gay, either). No matter what, the best thing you can do is support your little one in the way they want to express themselves and help them feel safe no matter what.

If you think your child might be transgender but don’t know what to do, talking with a counselor or therapist who’s familiar and supportive of LGBTQ identities is a good idea. Talking with other families with trans or gender nonconforming kids can be helpful, too — for both you and your child. There are community groups like PFLAG which may be in your area, and there are also lots of parenting groups online.

It’s also a good idea to talk to your child directly about their gender if you think they might be transgender or gender expansive. Ask them if they’re a boy or a girl, and how they know that to be true. If they are transgender, giving them the power to wear what they want, have the haircut they want, and even use a name that reflects their gender are all going to be really important for them to feel safe, especially once they start going to school. For help talking to your child about this stuff, Gender Spectrum is a good place to start.

Trying to steer your kid toward a more typical gender expression if that’s not their instinct does more harm than good. Being told that it’s bad for boys to play with dolls or do ballet, for example, can make your kid feel ashamed and rejected. Over time, LGBTQ children who aren’t supported by their parents tend to take greater risks with their health and suffer from mental health conditions at higher rates than children of supportive parents — so your love and understanding on these issues will be extremely important as your child grows up.