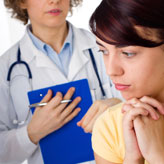 The outpouring of support online for Planned Parenthood and women in need of breast cancer screenings has been nothing short of astonishing, and because of it, the Planned Parenthood Breast Health Fund has received more than $3 million from thousands of people across the country in only three days.

Every dollar we received for this fund will go directly for breast exams and diagnostic services, as well as breast health outreach and education. And now that the Komen Foundation plans to continue their support, even more women will receive lifesaving breast cancer care.

We look forward to continuing our partnership with Komen partners, leaders, and volunteers, and supporters like you. Thank you so much for your voice and for standing with us.

At immediate risk were low-income women, many located in rural and underserved communities, served by 19 Planned Parenthood programs funded by the Susan G. Komen for the Cure Foundation. This funding has enabled designated Planned Parenthood health centers to provide women with breast health education, screenings, and referrals for mammograms — lifesaving care for women where Planned Parenthood is their only source of health care.

Planned Parenthood doctors and nurses teach patients about breast care, connect patients to resources to help them get vital biopsies, ultrasounds, and mammograms, and follow up to make sure patients are cared for with the attention they need and deserve.

Many of these patients have contacted us to share their stories about how Planned Parenthood has provided much-needed breast health care and education – care that has improved or saved their lives.

Here are just a few of these stories.

Huffington Post: On Planned Parenthood and Komen: What You Can Do

The Herald: Komen Should Be Honest About Defund

New York Times: The Politics of Absolutely Everything

Washington Post: What Planned Parenthood Wins in Funding Fights with Komen and Congress

Planned Parenthood is the nation’s leading provider and advocate of high-quality, affordable health care for women, men, and young people, as well as the nation’s largest provider of sex education. With more than 700 health centers across the country, Planned Parenthood organizations serve all patients with care and compassion, with respect and without judgment. Through health centers, programs in schools and communities, and online resources, Planned Parenthood is a trusted source of reliable health information that allows people to make informed health decisions. We do all this because we care passionately about helping people lead healthier lives.