“We are at a turning point for women’s health in this country, putting the basic health care that more than half a million Americans rely on at risk. Nearly half the states in this country are threatening patients' access to care at Planned Parenthood. If that happens, we are looking at huge swaths of this country where women will be unable to access birth control, cancer screenings, and other care. This is cutting off access to lifesaving care based on a fake video campaign against Planned Parenthood that landed its maker with a felony criminal indictment. This is part of a broader political agenda to ban abortion, and politicians are willing to decimate women’s access to preventive care in the process. We have seen the very real consequences that women face when they cannot access the care they need in states like Texas, Wisconsin, and Indiana, and now half the country is threatening to follow suit.”

Blocking care at Planned Parenthood has very real and devastating consequences for the communities served. After Scott County, Indiana, forced the local Planned Parenthood health center to shut its doors in 2013, the community was left with nowhere to turn for HIV testing and education. Nowthe county is facing an unprecedented HIV outbreak, which Governor Mike Pence deemed an “epidemic.” In Texas, a recent study in theNew England Journal of Medicine shows that defunding Planned Parenthood led to a35% decline in women on Medicaid using the most effective methods of birth control and a dramatic 27% spike in births among women who had previously had access to injectable contraception. In Wisconsin and Texas, researchers found that fewer women could access lifesaving cancer screenings following the closure of Planned Parenthood health centers. An increase in 100 miles from the nearest health center resulted in a 6 percent decrease in the rate women obtained breast exams, and 9 percent decrease in pap tests. Local and national public health experts have spoken out time and again about the dangerous consequences of blocking care at Planned Parenthood. According to the Congressional Budget Office, if patients who rely on public health programs are blocked from coming to Planned Parenthood, up to 650,000 people would face decreased access to health care. These politically motivated attacks often have a disproportionate impact on people with low incomes, immigrants, and communities of color – distinct groups who have historically faced systemic barriers to accessing quality health care.

Planned Parenthood health centers serve an outsized role in meeting the health care needs for those who rely on federally­ funded health programs. The idea that other providers could just absorb Planned Parenthood’s patients has been resoundingly dismissed by experts -- in fact the American Public Health Association called the idea ludicrous. Across the nation, amajority of Medicaid programs are experiencing provider shortages, with over two-thirds of states reporting difficulty in ensuring enough providers, including specialty care (OB/GYN care, in particular) for Medicaid enrollees. More than half of Planned Parenthood's health centers are in rural or medically underserved areas, meaning that often without Planned Parenthood, patients would have nowhere else to turn for reproductive health care. For many young women of reproductive age, in particular, Planned Parenthood is their only source of care.

This was the subject of a press call on Wednesday, April 20, 2016, featuring the below speakers. Full remarks from the call can be found here. 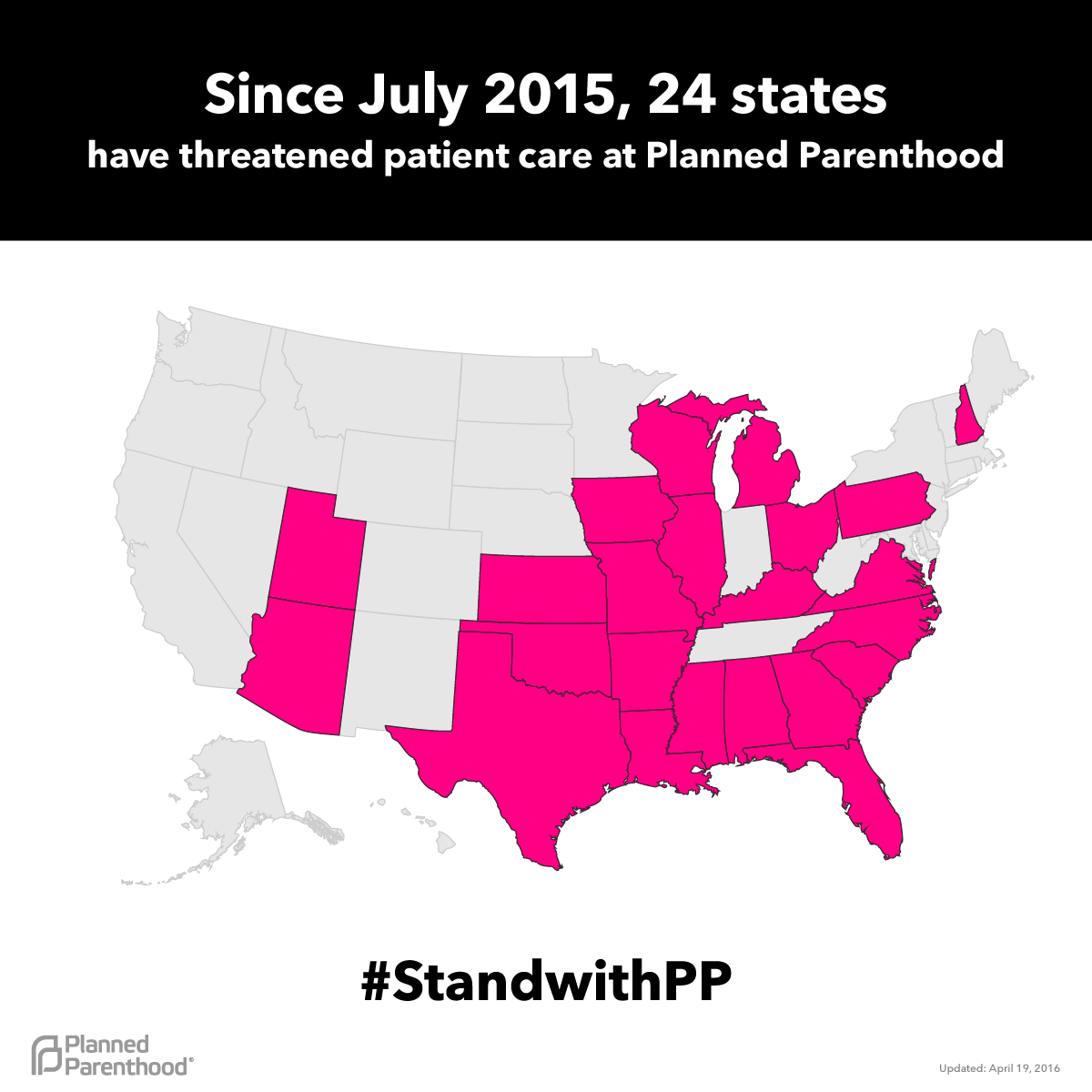 Planned Parenthood is the nation’s leading provider and advocate of high-quality, affordable health care for women, men, and young people, as well as the nation’s largest provider of sex education. With over 650 health centers across the country, Planned Parenthood organizations serve all patients with care and compassion, with respect and without judgment. Through health centers, programs in schools and communities, and online resources, Planned Parenthood is a trusted source of reliable health information that allows people to make informed health decisions. We do all this because we care passionately about helping people lead healthier lives.