More than half of the women in the United States are in their childbearing years. The majority do not want an unplanned pregnancy. A July 2020 ruling by the Supreme Court exempted businesses, universities and moral objectors from providing birth control with insurance coverage. Women's ability to use contraception to prevent unplanned pregnancies is assocaited with broad health, social and economic benefits. 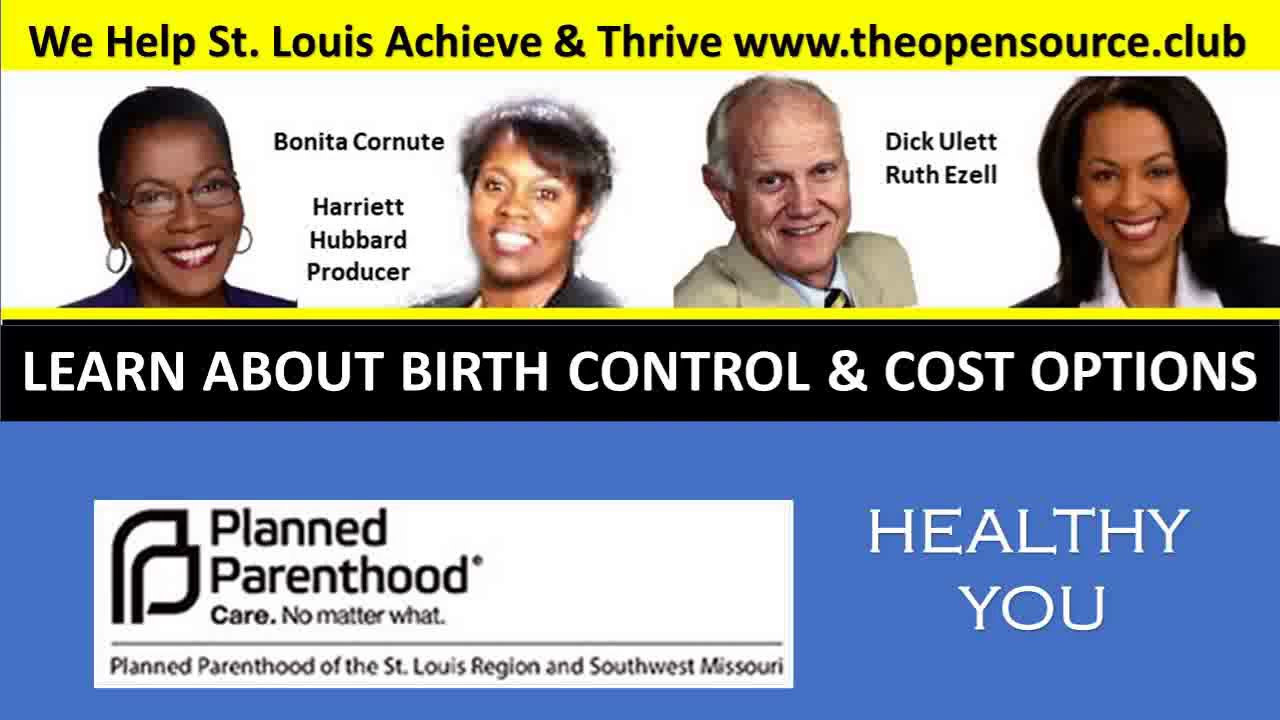 According to the National Institutues of Health, unplanned births are associated with relationship conflicts, depression and limited education. I am your host Ruth Ezell and this is Healthy You by The Open Source. This episode is sponsored by Planned Parenthood, a trusted healthcare provider and educator.

My guest today on Healthy You is nurse practitioner Donna White at Planned Parenthood. White has an extensive nursing career that spans 26 years. She has worked in private practice, public health and for community agencies. Welcome, Donna!

Donna: Thank you! I'm excited to be here.

Ruth: Oh, it's going to be an exciting conversation! Now, for a significant number of women, birth control is an economics issue. Because women are typically caregivers, they lose a lot of ground by coming in and out of the job market. Has birth control tightened the wage gap?

D: Oh, yes it has. Women having access to birth control at a young age affects how much money they make in their 30s and 40s. Birth control allows the woman to delay having a child, which means that she can invest in her higher education [and] her career. By not having to go in and out of the market it gives them more of a chance for advancement and higher pay.

R: Now, a lot of women, they can't afford birth control. Private researchers are saying the number is as high as 20 million women! Is this what you've found and are there solutions?

D: It is true, and now that companies can opt out of covering birth control for their employees that number could go up. Most women rely on their insurance coverage through their employers to cover the cost of their birth control. The only solution at this time would be a family planning clinic that receives federal funding and other grants.

R: So, what birth control options are available in 2020? What are the benefits of each one?

D: There's so many! I can start with the most effective methods - sterilization, which would be vasectomy for men, tubal ligation for women and, of course, that would be permanent and no hormones involved. Another method would be the Nexplanon, which is the implant that goes into the upper arm. It's 99 percent effective and it's good for five years. Most women will find that they have lighter or no periods. There's also the hormonal IUD. There's three different ones... and they're effective anywhere from three to seven years. Then there's a non-hormonal IUD called the Paragard and that contains no hormones. That's good for 12 years, and most women like that cause they don't want hormonal side effects. There is Depo Provera, which is a shot they get every 3 months. It's 99 percent effective and the benefit to that would be lighter or no periods.

D: Yep, the standard birth control pill. Of course, you take a pill every single day and the benefit to that would be regulated periods and some help with acne.

R: Okay. Now, you're career has spanned over a quarter of a century and I'm wondering if over the course of that time have you seen preferences shift from one type of birth control method to the other just among the general populous of women that you see?

D: Oh yes! Back when I first started, 26 years ago, the IUD was mainly for women who had already had children. I have adolescents coming in and getting IUDs now for birth control.

R: Interesting! I would not have thought that.

D: Yep, and since we started doing telehealth, I've been doing more vasectomy counseling before the men have their surgery and I've noticed younger men, in their 20s, getting vasectomies.

R: It's interesting that you mention men because I don't think a lot of men know that that service is available at Planned Parenthood.

R: Last year, Planned Parenthood serviced thousands of patients. The demand is obviously there, so what are your locations?

D: We operate eight locations, and all the locations do provide birth control. There's Central West End, South Grand, North County, West County, St. Peters, Springfield, MO, Joplin, MO and Fairview Heights, IL. Of course with telehealth, we can reach patients all across the state and... no need to go to a health center if you do it that way.

R: So there are a lot of options. So, who exactly is elegible for services?

R: Now, Planned Parenthood is taking part in what is known as The Right Time initiative. What's that and who qualifies for that?

R: Why did this get created in the first place, do you know?

D: Well, it's funded by the Missouri Foundation for Health and it was created to reduce the Missouri unintended pregnancy rate by 10 percent. That's the goal.

R: Wow! What part of the state is taking most advantage of it? Or is it pretty much statewide in terms of interest?

D: There are certain clinics, but it is statewide. We have four locations that are participating in the grant: Central West End, South Grand, Springfield, MO and Joplin, MO.

R: And, where can people get more information about that particular program?

D: They can call any of our health centers. Phone number is 314-531-7526. They can go online. It's an excellent program and it's all over the Internet.

R: And, use that same number if you want to get an appointment, I take it?

R: I'm kind of curious, and I always ask this no matter who I'm interviewing, their motivation for doing what they do. What do you get out of it and why did you decide to become a nurse pracitioner?

D: That's a good question. I was working for a plastic surgeon as a receptionist and then I went from receptionist to helping him, assisting him in surgery and he goes, "I'm not gonna be here forever. You need to go back to school." And so, I went back to school, got my RN degree, went back more, became a nurse practitioner. I like helping people. I know all nurses say, "I like helping people," but I feel rewarded whenever I have a patient that comes back year after year, you get to know them and they say they've been coming to Planned Parenthood since they were a teenager and wouldn't want to go anywhere else. It's rewarding.

R: Well, I must say that doctor gave you some great advice!

R: Wonderful! Donna White, nurse pracitioner at Planned Parenthood, thank you so much for joining us and for giving us all this valuable information.

D: Thank you for having me. This is exciting! This is my first podcast!

R: Well, you just sailed through it! Congratulations! Take care.