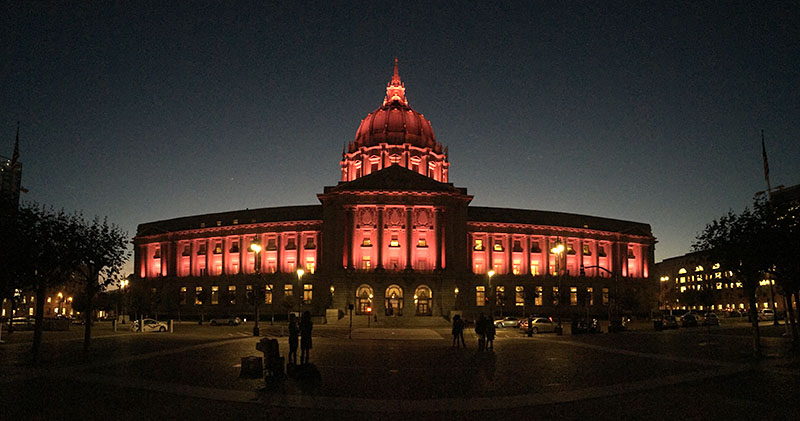 Planned Parenthood turned 100 years old on Sunday, October 16th and we had wonderful centennial celebrations all over the country and Northern California. On Monday, October 17 in San Francisco, City Hall lights went pink in honor of our centennial. Planned Parenthood North­ern California supporters came out in force to celebrate 100 years of care, education, and advocacy. View photos from the event on our Facebook page.

We were also very pleased to receive a proclamation from the City of Eureka and Contra Costa County Supervisors. Senator Steve Glazer came to visit us in person in Concord on October 26, to deliver his congratulations along with a staff member from the office of Assemblymember Susan Bonilla.