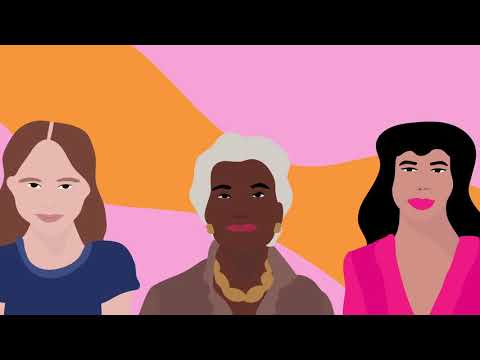 PrEP for Women Too

New York - Planned Parenthood of Greater New York (PPGNY) is thrilled to debut PrEP For Women Too, a new HIV/AIDS prevention video that reminds Black and Latinx women that Pre-Exposure Prophylaxis (PrEP) reduces the risk of HIV through sex by more than 90%.

While the number of annual new HIV diagnoses among women in New York City decreased from 2014 to 2018, Black and Latinx women continue to be disproportionately affected. In 2018, of all women newly diagnosed with HIV in New York City, nearly 90% were Black or Latinx. Health care inequities in Black and Latinx communities caused by systemic racism increase a woman’s vulnerability to HIV, along with other risk factors including poverty, housing instability, and emotional, physical, and sexual abuse. HIV-related stigma also acts as a barrier to preventative care. In 2018, women were only approximately 8.5% of those prescribed PrEP in New York City. Now more than ever, New Yorkers must have access to preventative care to maintain their overall health and wellness.

PrEP For Women Too educates and encourages women to take their health into their own hands. The powerful new video features real testimonials from New York women who take PrEP once a day to manage their health, protect their bodies, and give them peace of mind.

PrEP gives our mothers, sisters, and daughters the freedom to determine their health outcomes and future in a way that is safe, affordable, and manageable. PrEP For Women Too aims to break the harmful biases that, for too long, have ignored the needs of Black and Latinx women and people of color who are at greater risk of exposure to HIV. Every day at Planned Parenthood of Greater New York, our educators and health providers outfit people with the tools and knowledge they need to live long, happy, empowered lives. PrEP is another pathway to personal bodily autonomy.

I am thrilled to celebrate the launch of Planned Parenthood of Greater New York’s PrEP for Women Too video promoting PrEP among women. PrEP has been a gamechanger in our fight to end the epidemic; it’s helped us bring down new HIV infections and empower people to take control of their sexual health. But as PrEP for Women Too highlights, too few women are choosing PrEP, and it’s critical that we commit resources to changing that – particularly so we can reduce the disproportionate burden of HIV among Black and Latina women. That’s why in 2018 the New York City Department of Health and Mental Hygiene launched ‘Living Sure,’ a citywide sexual health marketing campaign encouraging cisgender and transgender women to consider PrEP as part of their sexual health toolkit, and that’s why today we’re proud to support PPGNY’s PrEP for Women Too.

PrEP is a pill that can reduce the risk of acquiring HIV through sex by more than 90% if taken daily. PrEP does not prevent pregnancy or other sexually transmitted infections (STIs), like gonorrhea and chlamydia. Condoms, along with PrEP, help avoid the spread of other STIs and give both partners extra protection against HIV.

Planned Parenthood of Greater New York offers PrEP and other sexual and reproductive health care services to anyone who walks through our doors – regardless of age, sexual orientation, gender identity or expression, immigration status, or ability to pay. Learn more at www.ppgreaterny.org.

PrEP For Women Too is sponsored by Planned Parenthood of Greater New York, with funding support from the New York City Department of Health and Mental Hygiene as part of the Your Body Needs You initiative.

About the Illustrator: Laci Jordan is a multidisciplinary designer, illustrator, Creative Director, and modern-day renaissance woman. Laci’s work concentrates on color, pop culture, and representation of people of color. Working in between illustration, traditional graphic design, product design, and photography, Laci creates dynamic content that amplifies the visibility of black women who are often underrepresented in creative spaces.

Planned Parenthood of Greater New York (PPGNY) is a leading provider, educator, and advocate of sexual and reproductive health care in New York State. PPGNY offers a wide range of services at its 30 locations across 65% of NYS - including gynecological care; birth control; cancer screenings; pregnancy testing; STI testing and treatment; HIV prevention, testing, and counseling; transgender hormone therapy; and vasectomy. PPGNY is also proud to provide abortion services to anyone who needs compassionate, non-judgmental care. PPGNY is a trusted source of medically accurate, evidence-based information that allows people to make informed decisions about their health and future. As a voice for reproductive freedom, PPGNY supports legislation and policies that ensure all New Yorkers have access to the full range of reproductive health services and education.