Washington, DC -- Today, 150 Planned Parenthood patient advocates and providers from across the country traveled to Washington, DC, and shared their personal stories with members of Congress in more than 200 meetings, highlighting the devastating consequences that blocking patients from care, or “defunding,” Planned Parenthood would create for their communities.

Last week, a leaked draft of House Republicans’ bill to repeal the Affordable Care Act included a provision to defund Planned Parenthood (pages 26-28). This provision is the only one that is not directly related to the ACA.

“Whether it’s promising to repeal the Affordable Care Act or defund Planned Parenthood – the President and Republicans in Congress have not shown any willingness to invest in or protect women’s health,” said Leader Schumer.“And now, attempts by the GOP to unravel the Title X Rule and allow states to discriminate against family providers, leaving women without options to get care, are downright dangerous for women in this country. Any healthcare bill that cuts women’s healthcare isn’t a healthcare bill at all, and will be met with fierce resistance from Senate Democrats.”

“I know, that if my Republican colleagues hear your voices, at your meetings, at marches, online, and in your own communities about what our healthcare law and Planned Parenthood means to you, it will make a difference,” said Senator Patty Murray. “So I'm going to keep doing everything I can to keep up this fight now and the months ahead and for as long as it takes.”

The Facts on “Defunding” Planned Parenthood:

If enacted, defunding Planned Parenthood would have a devastating impact on health care in America, and shutting down Planned Parenthood health centers would result in 2.5 million women and men losing access to essential and preventive health care, including birth control, cancer screenings, and STD and HIV testing.

One in five women has visited a Planned Parenthood health center, so as Congress prepares to consider repealing the ACA and blocking patients from accessing care at Planned Parenthood, patients, providers, and supporters from across the country are storming DC and fighting back.

The term “defunding” Planned Parenthood is a misnomer. There is no blank check that Planned Parenthood gets from the federal government, and it’s not a line item in the federal budget. Instead, “defunding” legislation could prevent millions of women who rely on Medicaid or other federal programs from accessing the health care provider they’ve been able to rely on for decades.

Other providers cannot simply absorb Planned Parenthood’s patient base if it is cut off from federal programs. Politicians who want to defund Planned Parenthood often insist that other providers will fill the gap, but the experts at the American Congress of Obstetricians and Gynecologists and the National Partnership for Women & Families said it flat out:They can't. And  the executive director of the American Public Health Association has called such claims “ludicrous.” 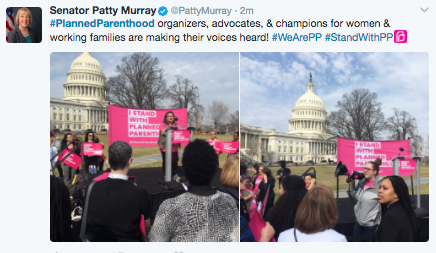 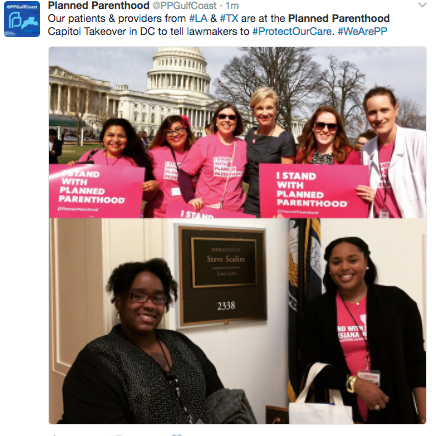 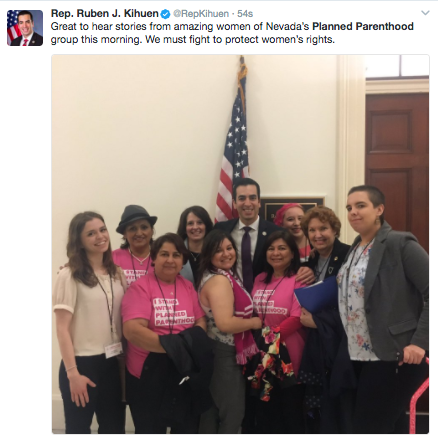 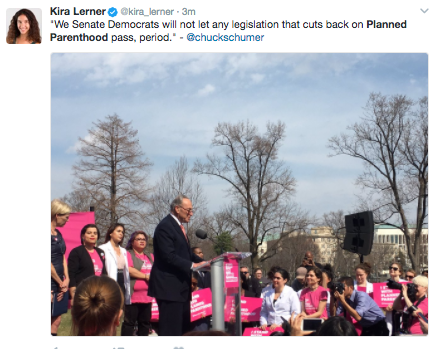 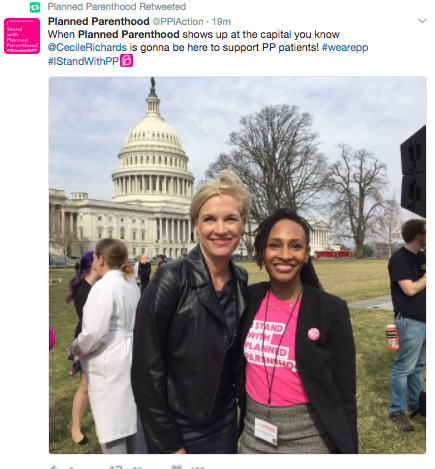 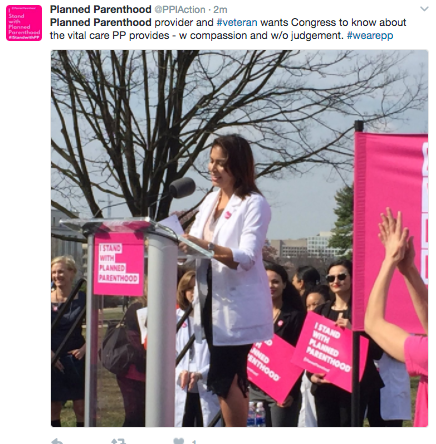 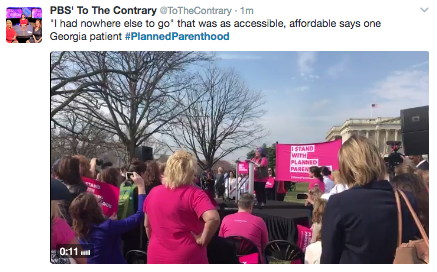 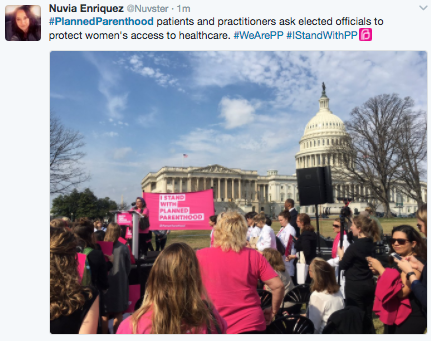 Planned Parenthood is the nation's leading provider and advocate of high-quality, affordable health care for women, men, and young people, as well as the nation's largest provider of sex education. With approximately 700 health centers across the country, Planned Parenthood organizations serve all patients with care and compassion, with respect and without judgment. Through health centers, programs in schools and communities, and online resources, Planned Parenthood is a trusted source of reliable health information that allows people to make informed health decisions. We do all this because we care passionately about helping people lead healthier lives.