NEW YORK — This morning Planned Parenthood Federation of America launched a campaign with billboards in Times Square (view the animation here) and digital ads, urging viewers to share their personal stories on social media about how birth control has helped them, using the hashtag:  #BirthControlHelpedMe. Also today, Planned Parenthood Action Fund released a new report, “Birth Control’s Transformative Effects and the Need for Expanded Access,” outlining how birth control is one of the most important drivers of women’s economic stability and health, making the need to build upon decades of progress all the more urgent. For nearly 100 years, Planned Parenthood has worked to continually enhance birth control access in this country through: high-quality delivery of birth control information and services to 2.1 million people; sex education; clinical research; public policy advocacy and litigation, and new innovations in online health services and mobile apps.

“Birth control has been nothing short of revolutionary for women and society, yet we are still fighting to ensure that every woman in America has full access to the birth control method of her choosing — without barriers based on cost, availability, or stigma,” said Cecile Richards, president of Planned Parenthood Federation of America. “As the nation’s leading women’s health care provider and advocate, Planned Parenthood knows the transformative effect birth control has on women’s lives — we see it every day in our patients and supporters. This campaign is about shining a spotlight on the many ways that birth control dramatically improves the lives and conditions of women and families, as well as the U.S. economy at large." 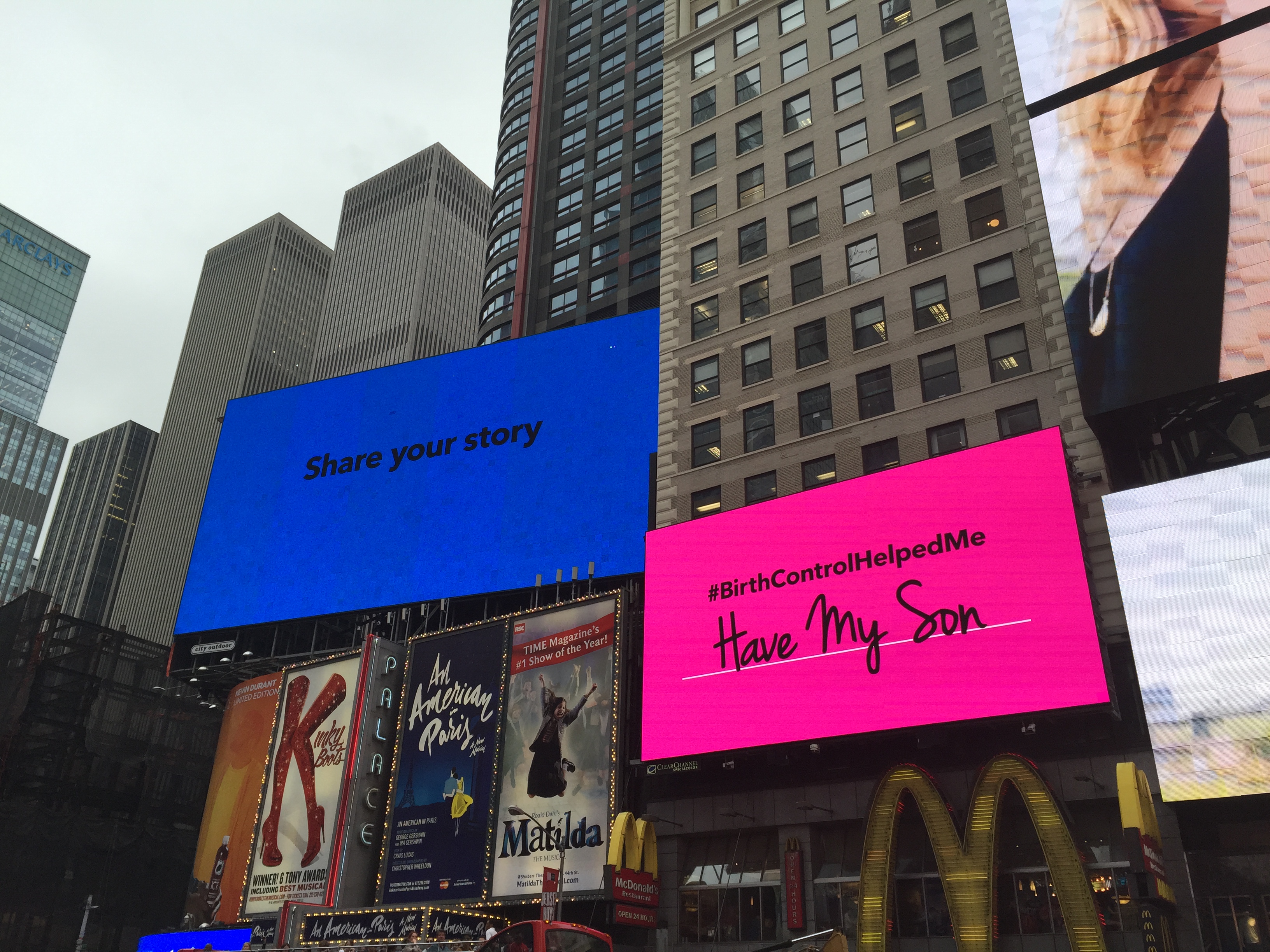 Even as its #BirthControlHelpedMe campaign launches, Planned Parenthood supporters have already provided powerful testimony about the personal impact of birth control in their own lives:

“Birth control has helped me be successful as a United States Peace Corps Volunteer, as it allowed me to serve without the complication of an unwanted pregnancy; it had also helped me to complete grad school, as my focus can be directed to my studies and clinical work rather than raising a child.” — Brittany

“Birth control helped me control my future and break the cycle of teen pregnancy within the Latino community. Birth control has also helped me become a proud advocate for reproductive rights and serve as a resource for my girlfriends seeking more information!” — Erica

“#BirthControlHelpedMe reduce painful cramps & gave me the power to decide when I want to have children.” — Shanti

“Birth control is transformative, essential, and irreplaceable. Empowering people to illuminate this through their own stories is one very important part of keeping this country moving ever forward — never backward — on birth control,” said Eric Ferrero, vice president of communications at Planned Parenthood Federation of America. “We urge everyone to join this important conversation — right now, today.  Harness the power of your voice and fill in the blank:  #BirthControlHelpedMe ___________.”

As outlined in the Action Fund’s new briefing paper released today, a substantial body of research confirms that birth control advances women’s economic empowerment. Today women earn three-quarters or less of each dollar a man earns, but research indicates contraception has significantly narrowed that gap, accounting for 30 percent of the narrowing of the wage gap by the 1990s. Birth control has been estimated to account for more than 30 percent of the increase in the proportion of women in skilled careers from 1970 to 1990, and today women earn half of all doctorate degrees, half of medical degrees, and half of law degrees.

Because of the transformational impact of birth control on economic advancement, educational attainment, and health outcomes, Bloomberg Businessweek recently listed contraception as one of the most revolutionary developments in the business sector in the last 85 years and the Centers for Disease Control and Prevention named family planning, including access to modern contraception, one of the 10 great public health achievements of the 20th century.

Yet over the past few years, birth control has become increasingly politicized — and these political attacks on women’s health and well-being are only heating up, with the House budget-writing panel just voting to eliminate all funding for Title X, the nation's family planning program, cutting the preventive care — including birth control, well-woman exams, lifesaving cancer screenings, and testing and treatments for sexually transmitted infections — that nearly 4.6 million people, including approximately 1.5 million Planned Parenthood patients, currently rely on.  In addition to harming women’s health and economic security, these cuts also make no fiscal sense for the country, with every public dollar spent on family planning services estimated to save the government saves $7.09 in state and federal dollars.

Planned Parenthood is the nation’s leading provider and advocate of high-quality, affordable health care for women, men, and young people, as well as the nation’s largest provider of sex education. With approximately 700 health centers across the country, Planned Parenthood organizations serve all patients with care and compassion, with respect and without judgment. Through health centers, programs in schools and communities, and online resources, Planned Parenthood is a trusted source of reliable health information that allows people to make informed health decisions. We do all this because we care passionately about helping people lead healthier lives.